Our new study, led by Duncan Menge, from Columbia University, and Tak, on global patterns of nitrogen-fixing tree abundance has just been published in Journal of Ecology. Symbiotic nitrogen-fixing (N-fixing) trees can supply large amounts of N to forests, and are important for ecosystem functioning. Patterns of abundance of N-fixing trees have been well studied in the Americas, but less well in other biogeographic regions.

Our results suggest that recent estimates of N fixation rates used in global models may be too high, because they do not account for the Asian tropics having lower N-fixing tree abundance than the American tropics.

Duncan N. L. Menge, Ryan A. Chisholm, … and Tak Fung. Patterns of nitrogen-fixing tree abundance in forests across Asia and America. Journal of Ecology (in press) 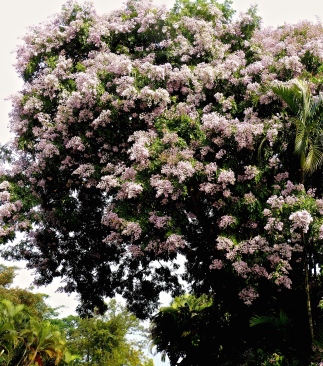